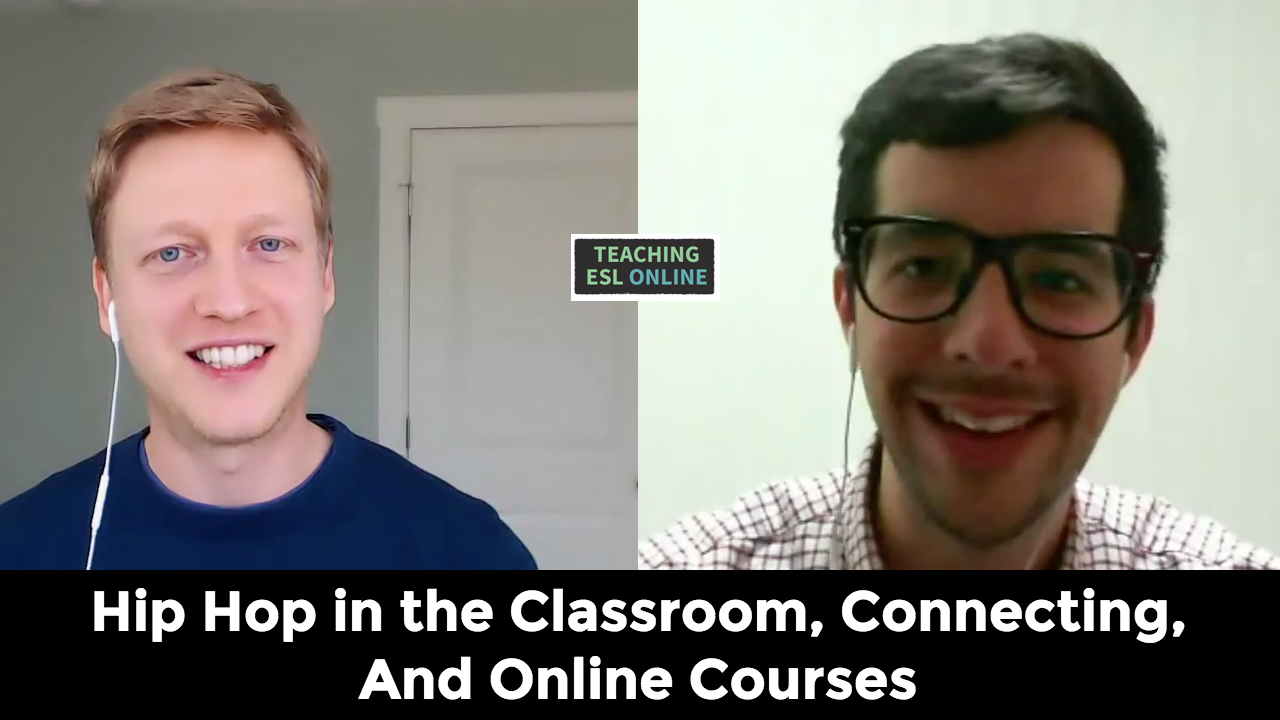 In this post, I interview my friend Stephen Mayeaux over at ESLHipHop.com.

Stephen started his blog after his experience teaching an elective course at UC Davis.

His main focus at the university was academic preparation, but in his elective, he was free to do something different. This is when he started using hip hop in the classroom.

In this interview, we go deep with his use of hip hop with his English learners, the feedback he has received on this, how he got started online, and then, we learn about a new course he is creating for a specific niche.

We start off with how we connected, and briefly talked about the importance of making connections when working online.

I love how he talks about the struggles he had when he first started using hip hop in the classroom. This was mainly due to the cultural differences, and he gave the example about his Japanese students not understanding the social issues of the police in the U.S.

He had his friend help him create his site using WordPress (he is now quite adept with coding). The feedback he received from the lessons he created was really positive, both from teachers and students.

He blasted 100 lessons out in the first year, but has slowed down his output since to about one lesson per month.

If you want to use hip hop in the class, he recommends going back in time to the old school era, for example, The Beastie Boys and MC Hammer. Additionally, he recommends using the hook and the chorus of modern hip hop.

I really wanted to know about the response Stephen has had about using hip hop in the classroom. I love his answer to this: he is focusing on his students and what they can get out of it, and that, haters gonna hate! But generally speaking, he hasn’t received much negativity.

A Course for a Specific Niche

We then moved on to what Stephen is currently doing; he is in Korea at right now working for a local school – we talked about how they are trying to introduce new teaching methods there.

He has a new video course coming out in March in a very specialized niche: OPIC. It’s not a very well known exam, but after seeing that his students were asking for more help in this area, he decided to create something for them.

He is completely engrossed in this process, and is learning new things each day about what creating a course entails. Stephen said something key about how he is creating the materials for his course:

“…Listening to my students, their concerns, and what they really want.”

He is creating the content for his course based on what his learners are asking for.

We then talked about deadlines and the power of setting a specific deadline (his deadline is March 14/15th – he wants you to hold him to this!).

He has hired a freelance marketer to help him with the marketing side of things. I then talked about outsourcing, and specifically, the two types of tasks to outsource: tasks that you are not skilled at and don’t want to learn; and also the mundane and repetitive tasks.

In my case, outsourcing the transcripts for my course helped me in a great way.

We then moved on to social media, and how he uses Facebook and LinkedIn. We focused on using these platforms to make and maintain connections. An example he gave was connecting with Gallery Languages and how they have partnered on many projects.

Here is an example of one of the video’s he mentioned:

Have you used hip hop or other music genres in your lessons? Have you thought about creating a course for English learners?

Answer these questions and/or leave any other comments below… 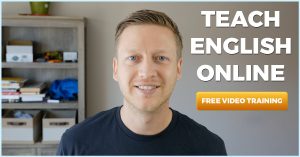