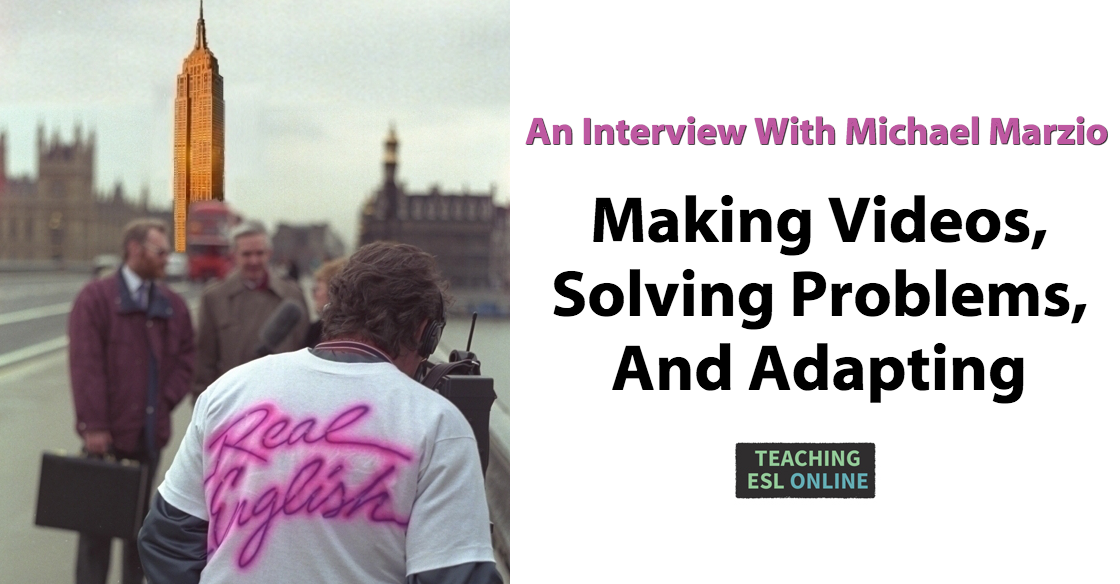 I’ve got a great interview for you below: Michael has been making videos for English learners (you’ll find out who he is specifically targeting later) since the 70s! He’s the perfect example of someone who has adapted to change, and has managed to build a very big audience of English learners through his different channels.

We talk about his story, how he solved a specific problem, the ways that he has adapted throughout the years (27 different cameras!), his website, and his tips for English teachers who want to create videos.

There are some incredible takeaways here. Watch and enjoy (in HD)!

Are you an English learner? If so, CLICK HERE.

While on vacation in Paris in the early 70s, a friend asked him if he wanted to stay and teach English. And that is what he did.

After teaching in different schools he created a brick and mortar language school in Avignon, then in Istres (near Marseille).

His Niche Born Out of a Specific Problem

Michael has always taught working adults – people who really need English (professionals). He found that they had a common problem that needed solving:

“They would come back from their business meetings… and would say, ‘It was easy to speak to so and so about anything that had to do with work… but when we had to sit around the dinner table it became very difficult.”

That is when Michael started going to the States and the UK filming people speaking spontaneously so that his learners could get exposure to this type of natural (or real!) English.

His own students liked the videos he was putting together and other teachers used them too. He continued creating these resources and ended up with a large video library (which has been online since 1994).

All the interviews are spontaneous (no actors), and to begin with, he had to film 20 interviews before finding one that was acceptable.

Michael built and coded his own website back in 1994 after learning HTML. We saw Michael’s site when he shared his screen; here is the summary:

– There are two options (main site and mobile site).
– He makes two videos: with and without subtitles.
– There are 10-20 exercises for each video.

Here is the video that Michael showed in the interview and is a great example of what he does:

Michael has gone through 27 cameras (he told us how the VERY expensive camera that he had in 1994 has a similar quality to the lowest setting on the cheapest mobile device today!).

He started with Adobe Premier (pro version) for editing videos and has used it ever since (I have my own recommendations below).

Tips for Teachers Who Want to Create Videos

Michael has some great tips for teachers who want to create their own videos. These are:

Michael has over 560,000 Facebook likes on his page. He really enjoys communicating with the learners, and answers all student and teacher questions about his site and about English in general!
He now wants to concentrate on Google+.

The biggest takeaway I got from the interview is how Michael has adapted throughout his ELT journey. Going from selling VHS cassettes to having a very popular Youtube channel is really impressive; as is coding his own website in HTML way back in 1994.

Michael also shows how powerful it can be when you find a solution to a problem. His learners were struggling with everyday English, so he flew out to the US and the UK to film spontaneous conversations to help them gain exposure to this.

All of this is so inspiring. There are so many opportunities for English teachers these days to do their own thing; and although Michael said he was lucky with different opportunities, he is a great example of someone who takes action and creates his own luck.

Here are some resources from what we discussed:

Camstasia (the equivalent for Windows)

Do you have a Youtube channel for English learners? If so, leave your link below!

If you don’t, are you planning on making videos in the future? What type of videos do you want to make? 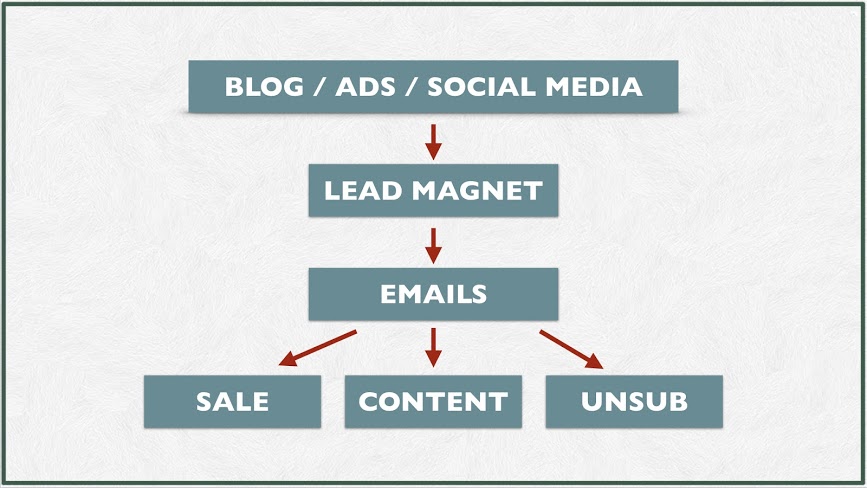