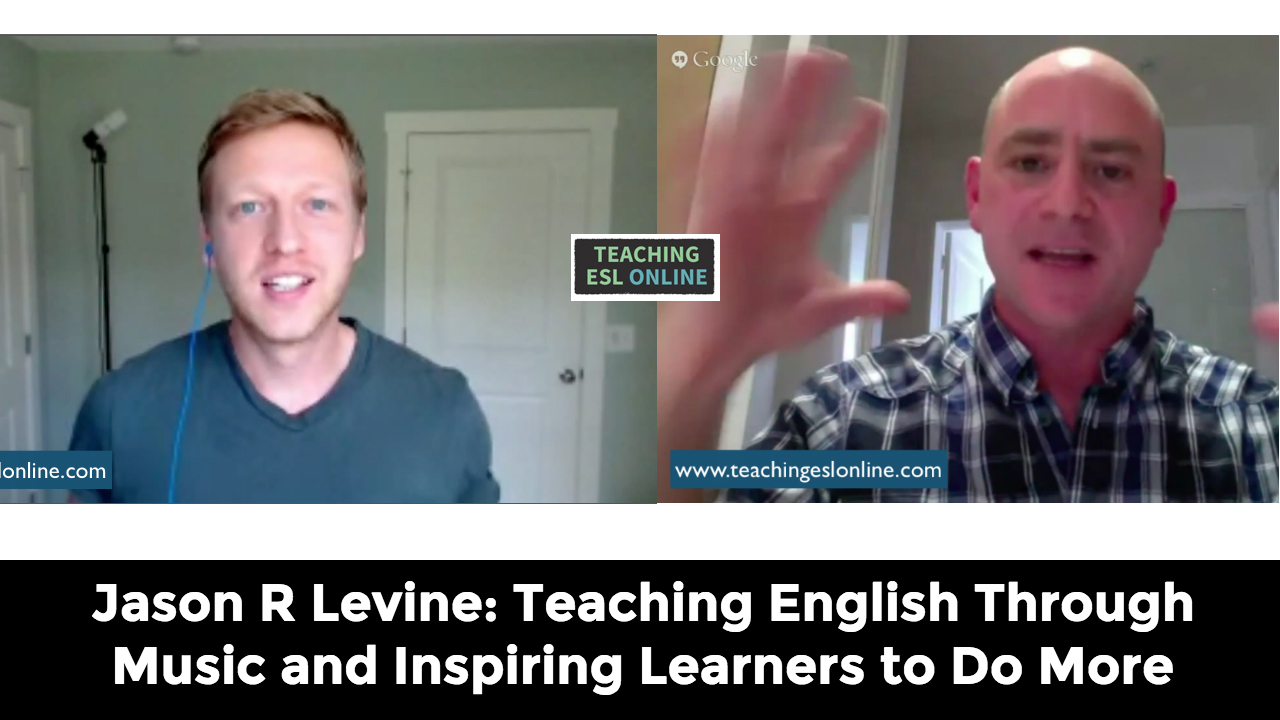 Jason R. Levine is an English teacher who travels the world performing songs he has written specifically for English learners.

In the interview, we talk about how he got started with making music, why he was nervous about putting his songs out there, what he likes most about doing workshops around the world, and how he uses social media to connect with and inspire English learners worldwide.

After getting a masters in TESOL, Jase started teaching English in New York.

He started using music in the classroom right from the start to give learners more exposure to the language in a way that was fun and sustainable.

His first song, StickStuckStuck, has nearly three million views on YouTube. He talked about how he was a little nervous about putting this out there at first, but his learners persuaded him to do it. He didn’t have a plan for where he wanted things to go, but this song was the catalyst for his current success.

His first tour came about after a teacher in Morocco shared his video on Facebook. She pulled some strings and he headed over there to perform.

At this time, he also realized how powerful social media could be. He started using it as a way to get feedback from learners and teachers. We talked about how different online platforms have allowed him to expand his reach and help him inspire learners to do more in English.

It addition to the touring (Gallery Languages help with this), Jase has started creatings courses for learners and teachers. Here is a mini-course that he is going to teach in late June/early July.

It is obvious from the interview that Jason is passionate about reaching English learners on a large scale. His work with teachers is incredibly inspiring too.

If you follow Jase on social media, you’ll realize that he enjoys sharing, commenting, collaborating, and working with other teachers. He is incredibly active and his success online is down to the work he puts in.

I would love to hear what you think about this interview, so please leave any comments you have below!

Shayna Oliveira Shares Her Story of How She Built Espresso English in Her Spare...
Scroll to top